Announcing The Best and Worst Fathers In the Shakespearean Cannon

Shakespeare himself was a father, and he frequently wrote about the dynamic between fathers and their children. There are many different types of fathers in Shakespeare’s 40 plus plays, and this week I’m ranking them in terms of three categories: Good Dads, Bad Dads, and “Dad Dads.” You’ve probably already read the “Worst Dad” post, so now we’re looking at the good, and the not so good. I used the following criteria when choosing the top 5 dads in each categories:

Now, onto the Dad Dads:

5. Aegean from The Comedy Of Errors. Aegean wonders around for 20 years looking for his lost children, which I call devoted parenting, but a little aimless and undisciplined. I therefore award Aegean two ties with little anchors on them, to remind him to stay in one place and wait for his sons to find him!

4. Lord Talbott from Henry the Sixth Part I. Talbott is the hero of the English fight against the French at the close of the Hundred Years War. He goes toe to toe with Joan of Arc on numerous occasions. He also raises a fine and valliant son, John Talbott who is also a warrior. The two die bravely in a siege against the French, rather than surrendering, or leaving the other to die. Talbott is clearly also devoted to his child, but his career choice doesn’t allow his son to grow up in a safe environment! I therefore award Talbott two ties with little English and French flags on them. 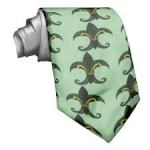 3. The Ghost Of Hamlet’s Father from Hamlet/ Portia’s Dad from Merchant Of Venice. Both these parents die before their plays begin, yet they still try to improve their children’s lives from beyond the grave! The Ghost helps Hamlet become king of Denmark, and Portia’s dad tries to help her find a good husband, (one who will love her for something besides her beauty or riches). Although these parents achieve their goals, waiting this long to help their kids seems a bit like absentee parenting! I therefore award these posthumous parents ties with little skulls on them. 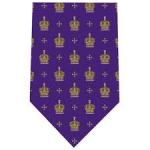 . King Henry IV, from King Henry IV King Henry is the classic career dad, one who wants his son Hal (the future King Henry V), to follow in his footsteps. The two have a terrible fight when Henry thinks Hal is trying to steal his crown on his deathbed! Eventually though, father and son reconcile, and dad even gives the future king some last minute advice; if you fight a war with France it’ll help secure your crown, which Hal does and succeeds! I therefore award King Henry a tie with little crowns on it, hoping that nobody with a dagger ties tries to steal it when he’s sleeping!

1. Prince Pericles from Pericles Pericles is another busy dad- King Antiocus tries to murder him, and he has to leave his own kingdom. Then he gets shipwrecked 3 times! In fact, his only daughter is born onboard a ship in the middle of a storm! Pericles raises the girl for a number of years, but then has to leave again, and guess what, he gets shipwrecked AGAIN! He eventually finds his daughter and they live happily ever after, but you kind of get the idea that Pericles is a little accident-prone, which keeps him from being on the Best Dads list. Sorry Pericles, but at least you get a tie with, what else, Boats on it! Maybe next Fathers Day, someone will get you a life preserver.

And now at Long LAST, the BEST Dads in Shakespeare!

5. Aaron the Moor from Titus Andronicus. Ironically, one of the worst villains in Shakespeare is also one of the best fathers. Aaron is fiercely protective of his child, even threatening people at sword point if they dare come near his baby. He also plans out the child’s future and is willing to give his own life for a promise that Lucius will protect and nourish his son. He may be a monster to everyone else, but to his baby, Aaron is simply, a good dad!

4. The Old Shepherd from The Winter’s Tale. This character is a very mirror of generosity and kindness; not only does he take care of his son The Clown, he adopts a poor discarded child, the princess Perdita, with no obligation to do so. He raises her for 16 years and constantly brags about her to the entire town. She becomes a beautiful, wise, and modest girl who fills her adopted father with pride because of his good parenting. Even when Perdita meets her real father, she speaks of The Old Shepherd with real filial affection “Oh my poor father.”

Lord Capulet, from Romeo and Juliet. I know this was a controversial choice, and I discuss my choice in detail on my podcast, but I’ll sum up my major arguments here:

3. Prospero from The Tempest I chose this high spot for Prospero mainly because he seems to have the most success of any other dad in the cannon. Like Pericles, he too is shipwrecked with his daughter, but Prospero stays with Miranda, raises her alone, teaches her everything she knows, and calls her an angel that helped preserve his life. Prospero cares so much for his daughter that he refuses to give into despair, even though he’s lost his wife, his dukedom, and his home.

Prospero also hatches a plan to get him and Miranda off the island, to get his dukedom back, and to get her married to a handsome prince name Ferdinand, and he succeeds with every one of these endeavors, even though it takes 12 years. Prospero gets extra points for his patience and his wisdom, but I have to admit he’s a bit of a control freak; he demands that Miranda listen to him and obey him no matter what, and he warns Ferdinand that there will be dire consequences if he dare try to do anything illicit with his daughter before the wedding. In addition, there’s no denying that Prospero is also acting out of self interest- he wants to become duke again, and he wants revenge against his enemies and that’s partially why he raises a tempest, (or a huge storm), instead of just sending a message back to Milan.

King Simonedes from Pericles, Prince Of Tyre You might forget this character because he only has a short time onstage, but I defy anyone to come up with a better father. He’s kind, supportive, stable, funny, and has a wonderful relationship with his daughter Thaisa. Above all, Simonedes actually listens to his child and does everything in his power to help her when she decides she wants to marry Pericles. Also, like Prospero, Simonedes pretends to object to the marriage, but you kind of get the sense that, rather than testing the affection of the couple, he’s actually just playing a joke on them. You can hear a “gotcha” and a fatherly wink in the final line of the speech in Act II, where he pretends to object to their marriage:

Congratulations to all our fabulous fictional fathers! Thank you for reading, and see you soon!

2 thoughts on “Announcing The Best Fathers In the Shakespearean Cannon”