A recent trend going around Shakespearean theatres is the new trend of putting on a production of Shakespeare’s plays, with at least one of the actors drunk for the majority of the performance! There is a Drunk Shakespeare company in New York, and the trend has started spreading to other theaters, so I resolved to check it out for myself! I can only speak for this particular production, but I can say pretty confidently, if you get a chance to see a Drunk Shakespeare, do it! I was expecting a hilarious train wreck, but what I got was a great time!

This production of Drunken Hamlet was mounted by the thespians at Weary Arts Group in York Pennsylvania. 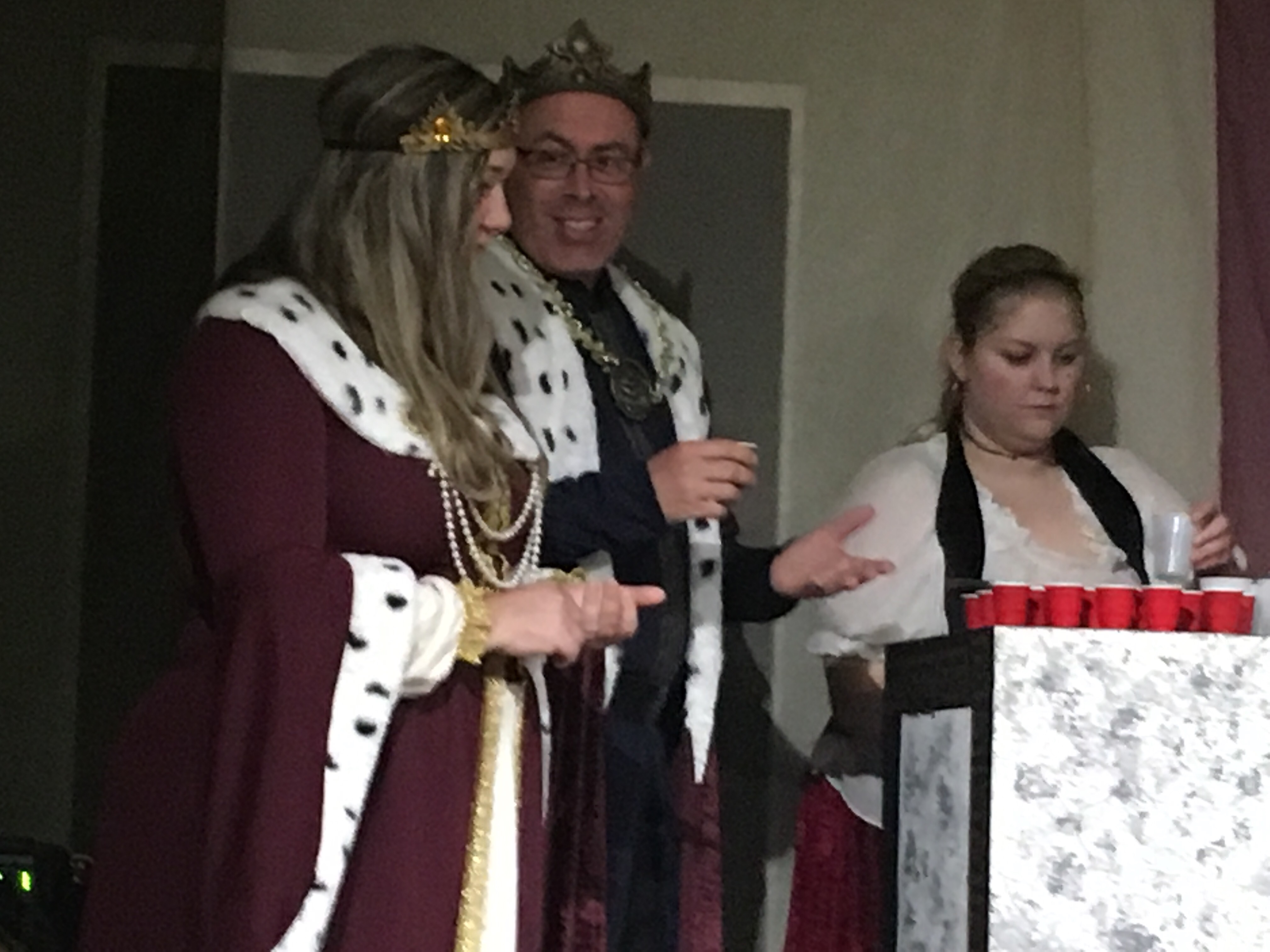 Unlike Drunk Shakespeare in NYC, the entire cast takes shots while performing. They lose their lines, make drinking part of the stage business, and the audience is encouraged to throw flowers at the cast at any point of the show, which means, (you guessed it), “more shots!”

With the amount of effort that it takes to memorize a Shakespeare play, the inebriated cast often can’t remember the Iambic pentameter but, rather than bringing the show to a halt, the ad-libs and bawdiness they bring as they curse and giggle back to their lines is all part of the fun. I remember one moment where Claudius actually talked about the Disney Movie “The Lion King,” calling the villainous lion Scar the hero of the cartoon for murdering his brother and marrying his sister-in-law. This blend of authentic literature and bawdy adult silliness reminds me of the popular Comedy Central Show “Drunk History,” in that sometimes the actors speak the dialogue, sometimes they make funny ad-libs and sometimes they just drunkenly slur and giggle their way through the play.

Furthermore, the audience was encouraged by the director to become part of the experience- we were asked to boo characters we don’t like, to talk to the actors,basically to react without any standards of politeness or decorum! I actually got a big laugh when, as Claudius gave the famous couplet: “It shall be so. Madness in great ones must not unmatched go,” and I shouted back, “Tell that to Donald Trump!” In all modesty, the six pack of pumpkin beer probably sharpened my wit. 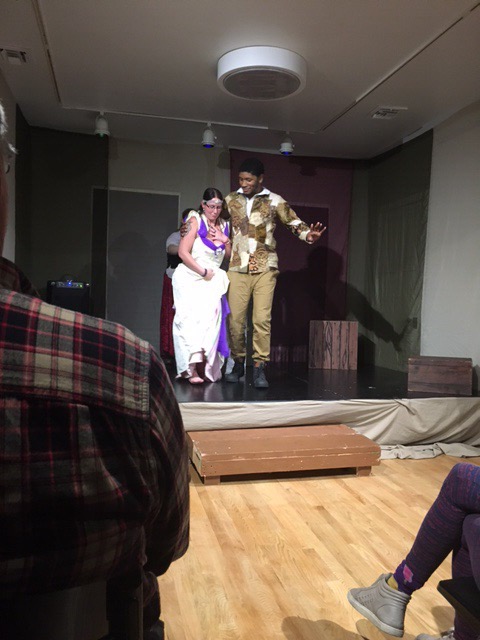 I’ve read that, due to the filth in the rivers and lakes in London, alcohol was an essential part of the diet for most people in Elizabethan England, and Shakespeare himself might have died from a fever he contracted after having too much to drink in The Mermaid Tavern in April of 1616. It’s also true that Elizabethan audiences regularly drank and yelled at the actors onstage. With this in mind, Drunk Shakespeare does have a small spirit of authenticity about it, and that energy really helped me enjoy the play. 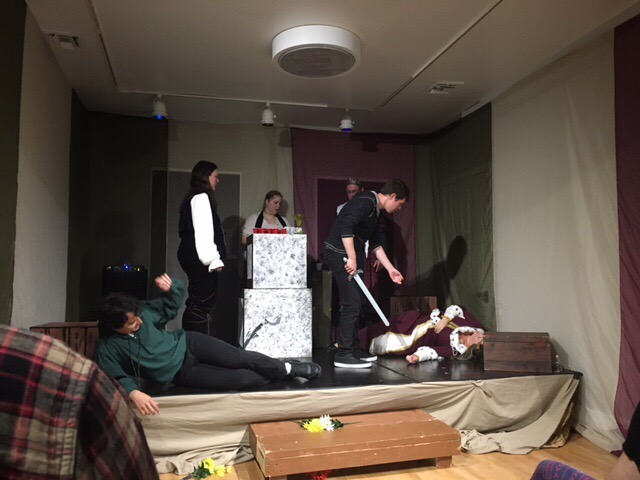 My only major complaint about the show was that Hamlet doesn’t lend itself to Drunk Shakespeare as well as other plays. Some scholars argue that Shakespeare wrote the play because he was tired of trying to appeal to the drunk groundlings, and wanted to appeal to a more refined and upper class clientele. Hamlet himself says these groundlings are: “For the most part, are capable of nothing but inexplicable dumb-shows and noise.”

However, I’m glad I gave this kind of grounding theater a try, and I would recommend it to anyone who wants a good time with some irreverent Shakespeare.